You will find the following items in your kit: 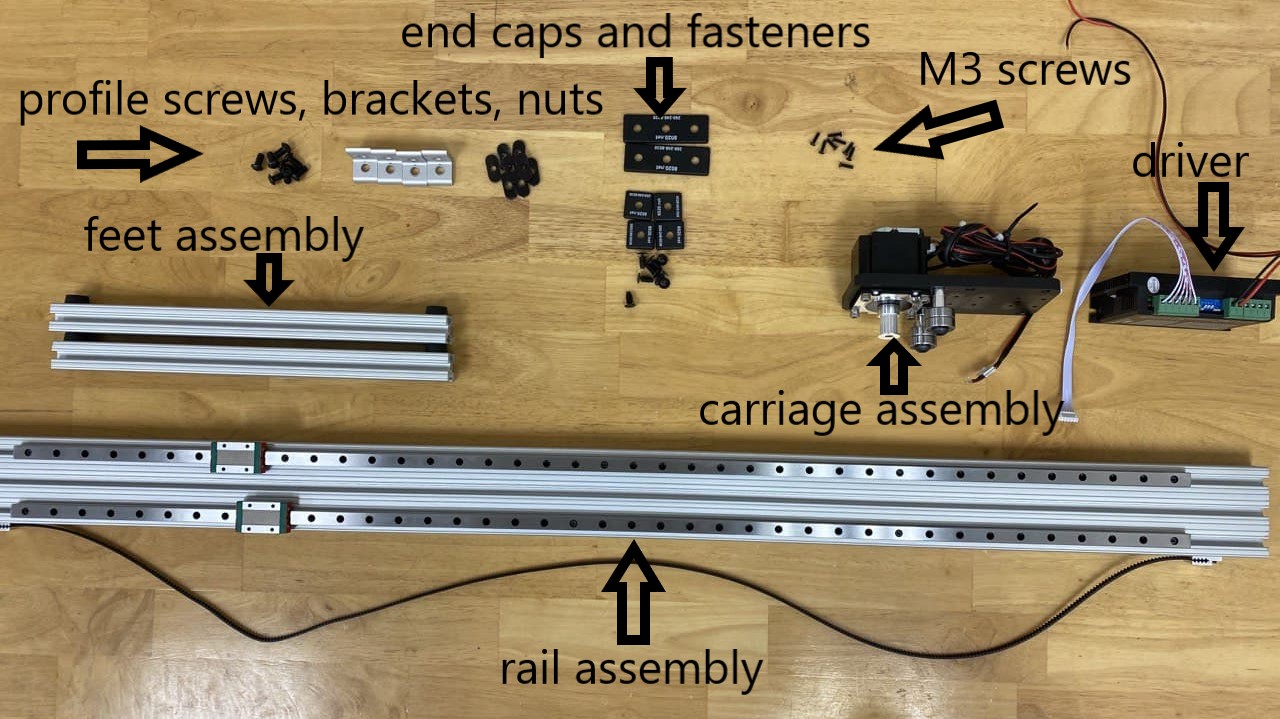 Use the 8 M3 screws to secure the carriage to the two bearing blocks on the rail. Start by fastening one screw from each bearing first and make sure that after fastening each screw the carriage can move along the rail without much resistance. Then, move on to the second screw from each bearing and so on. If at each stage the carriage is experiencing resistance, loosen the screws from the last step and fasten them again. It usually takes one to two rounds of tightening the screws before all screws are in place and the carriage is moving with little force.

Be careful not to move the linear bearings beyond the rails as the balls inside the bearing will fall off.

After securing the carriage to the bearing, you might still not be able to move the carriage easily on the rail or you feel its motion is too bumpy. In that case, you can adjust the rails by moving the carriage close to the rail screws, two at a time, and first loosening and then tightening the screws. This method will relieve some of the stress in the rails and will smoothen the motion of the carriage on the rail. 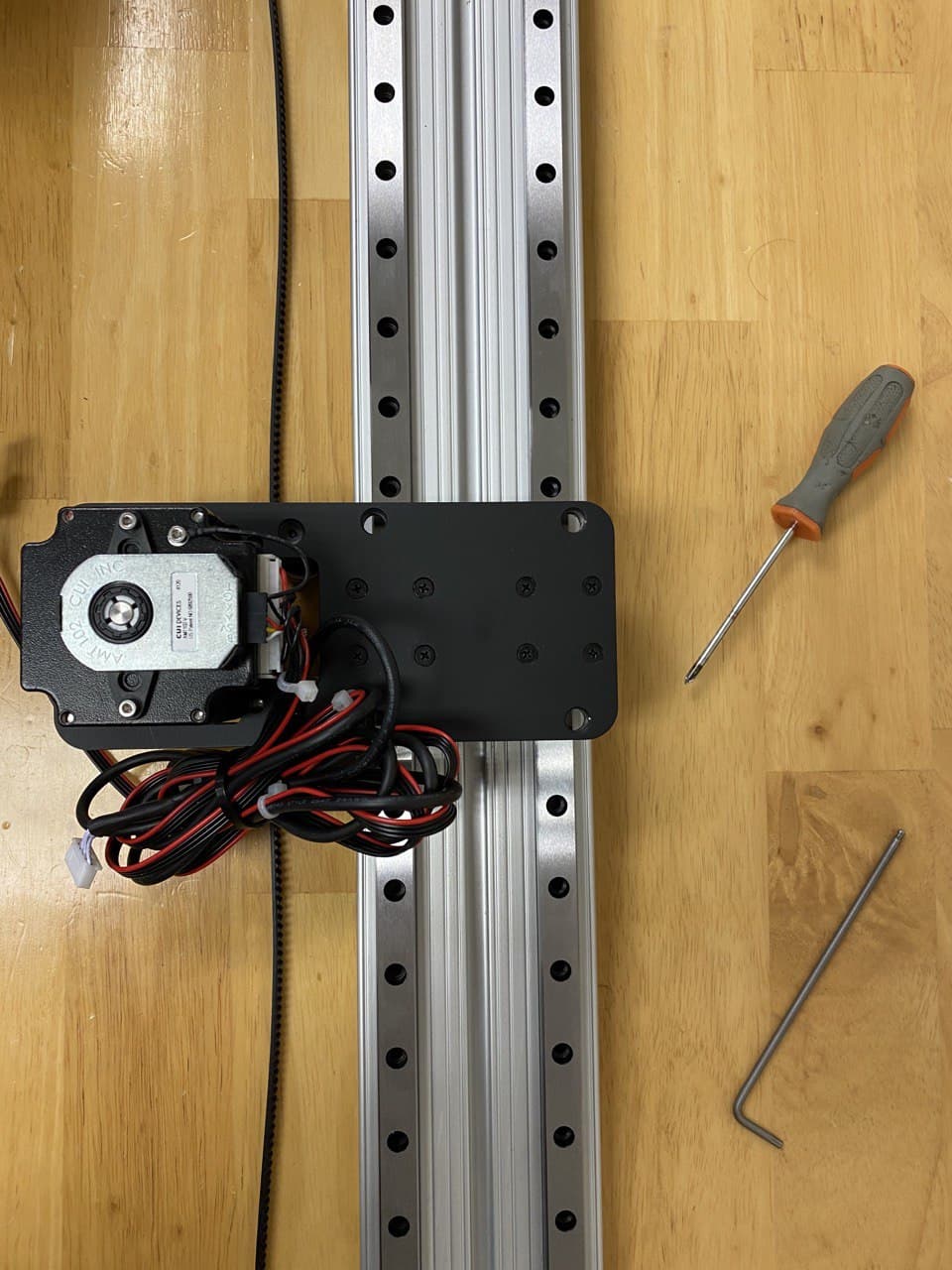 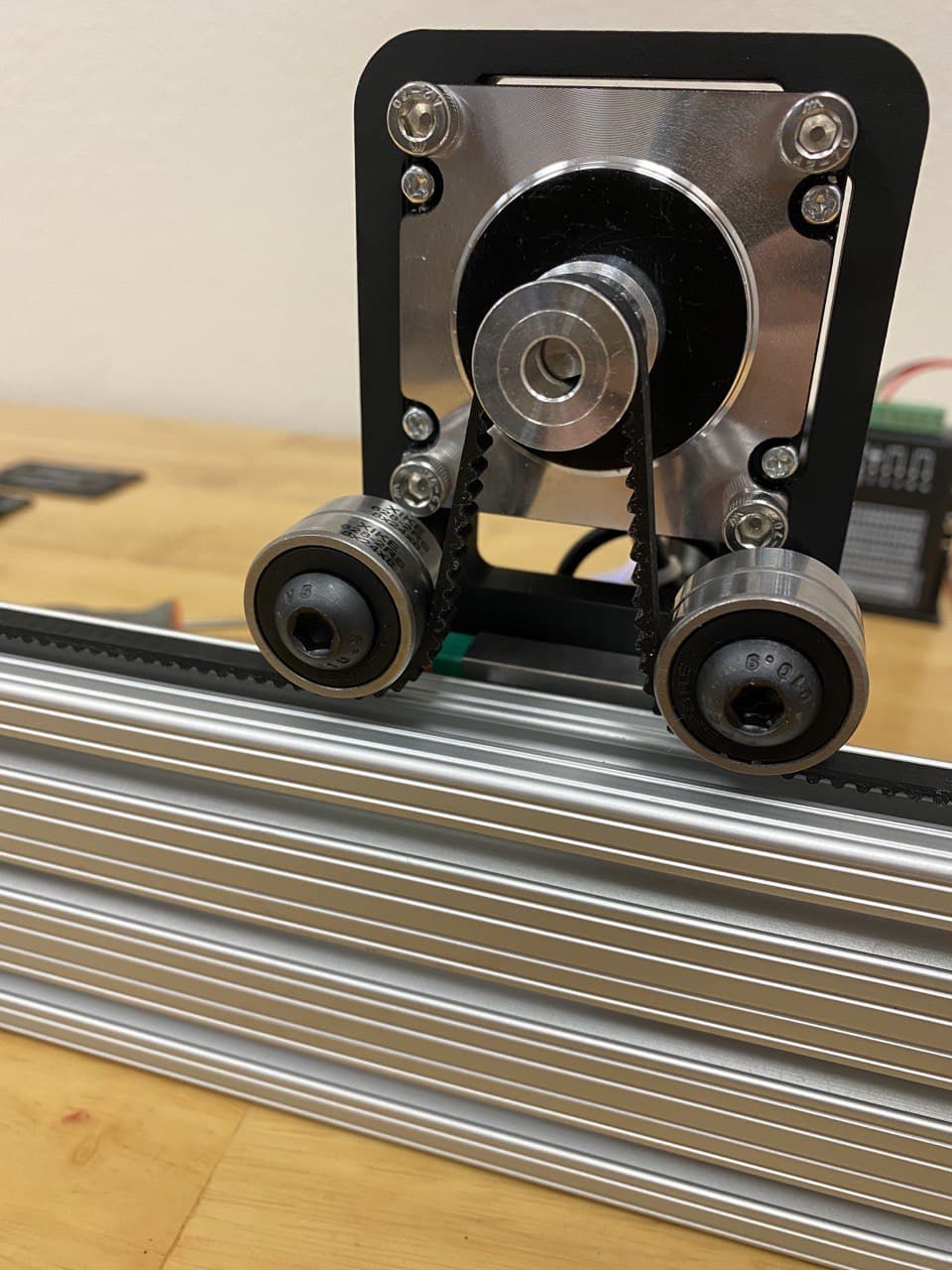 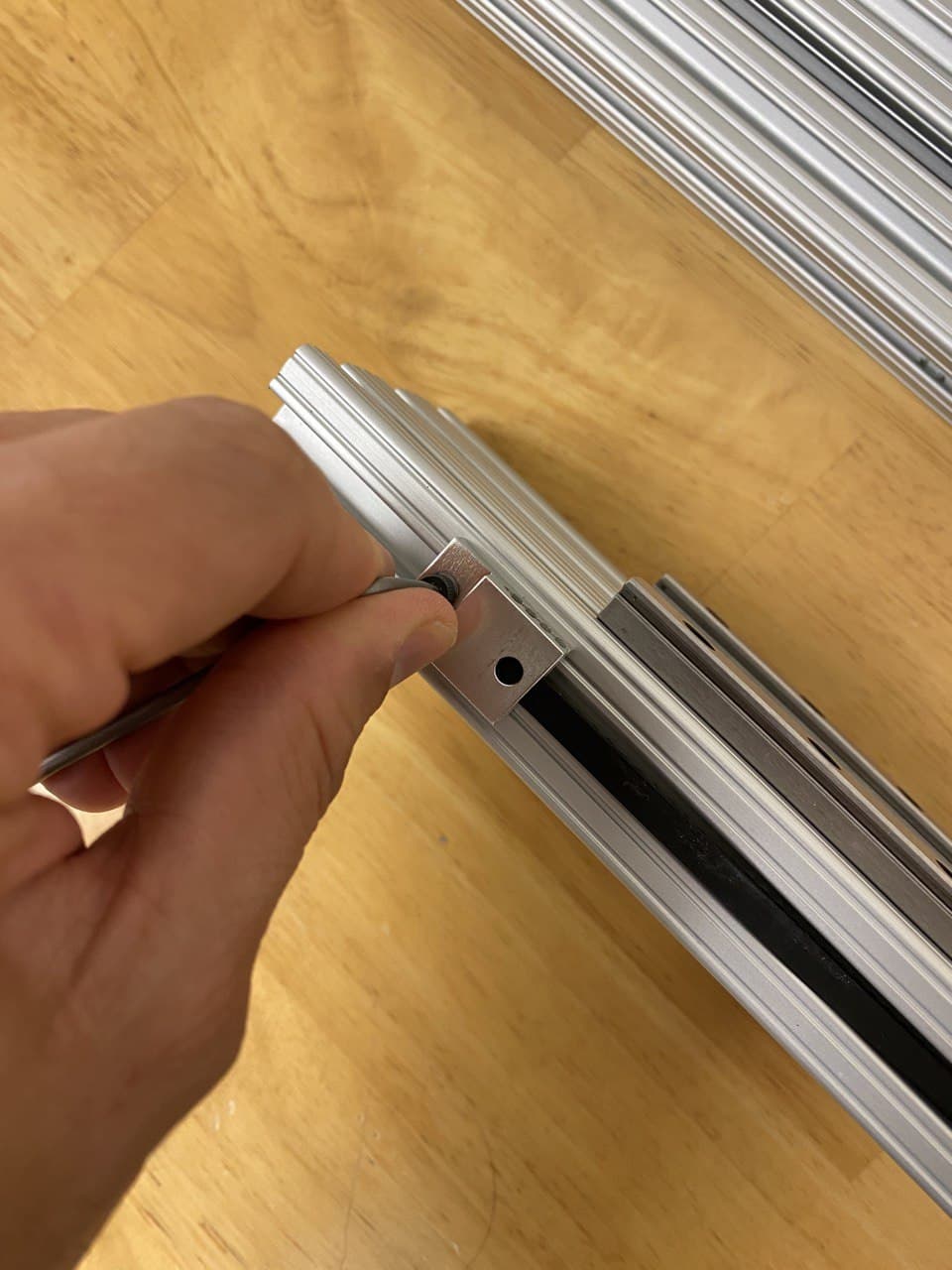 Next, slide in the Tnuts on each side of the main profile and on the feet profiles. Then use the Tnut brackets and M5 screws to secure the brackets to the nuts. 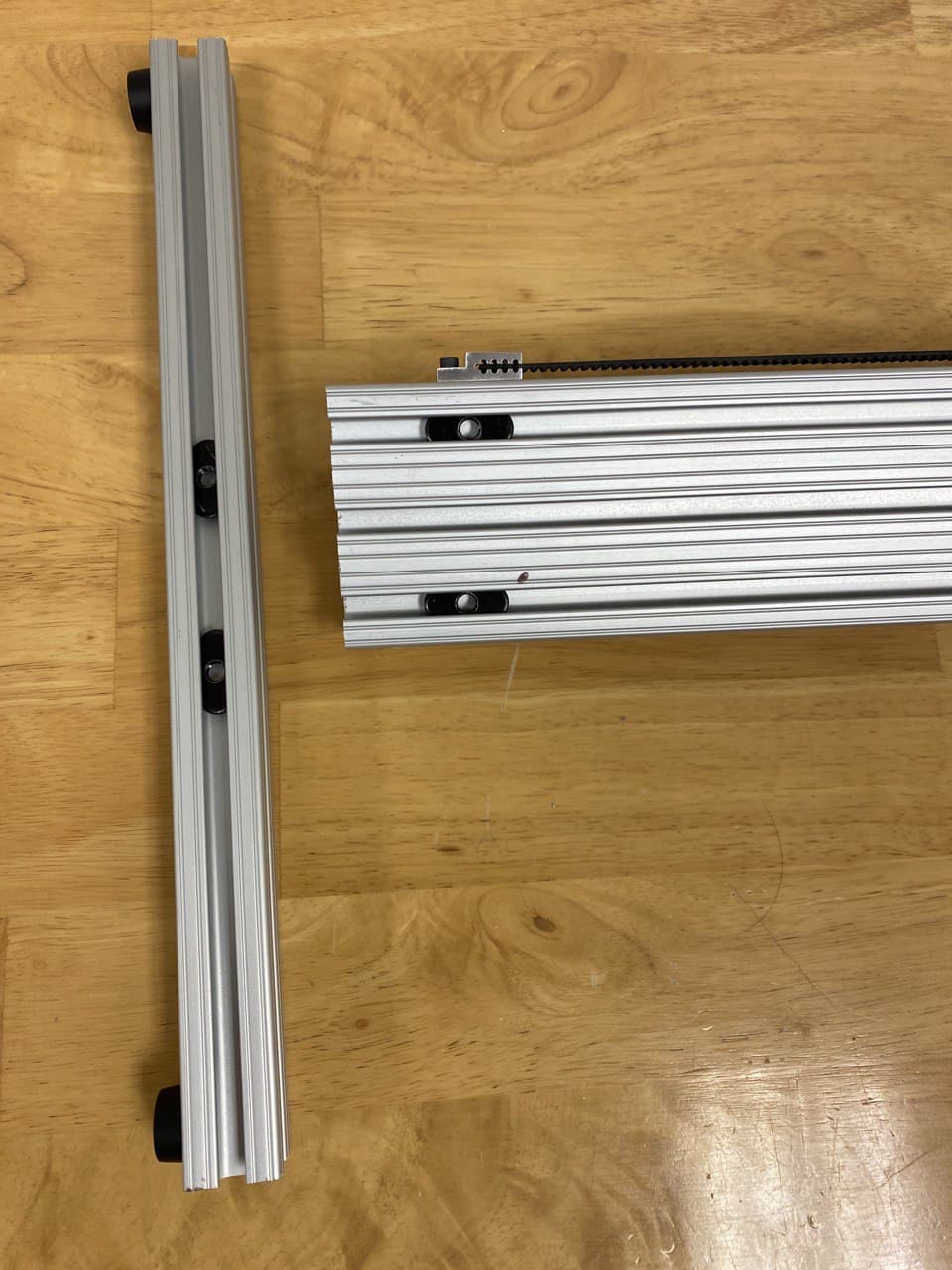 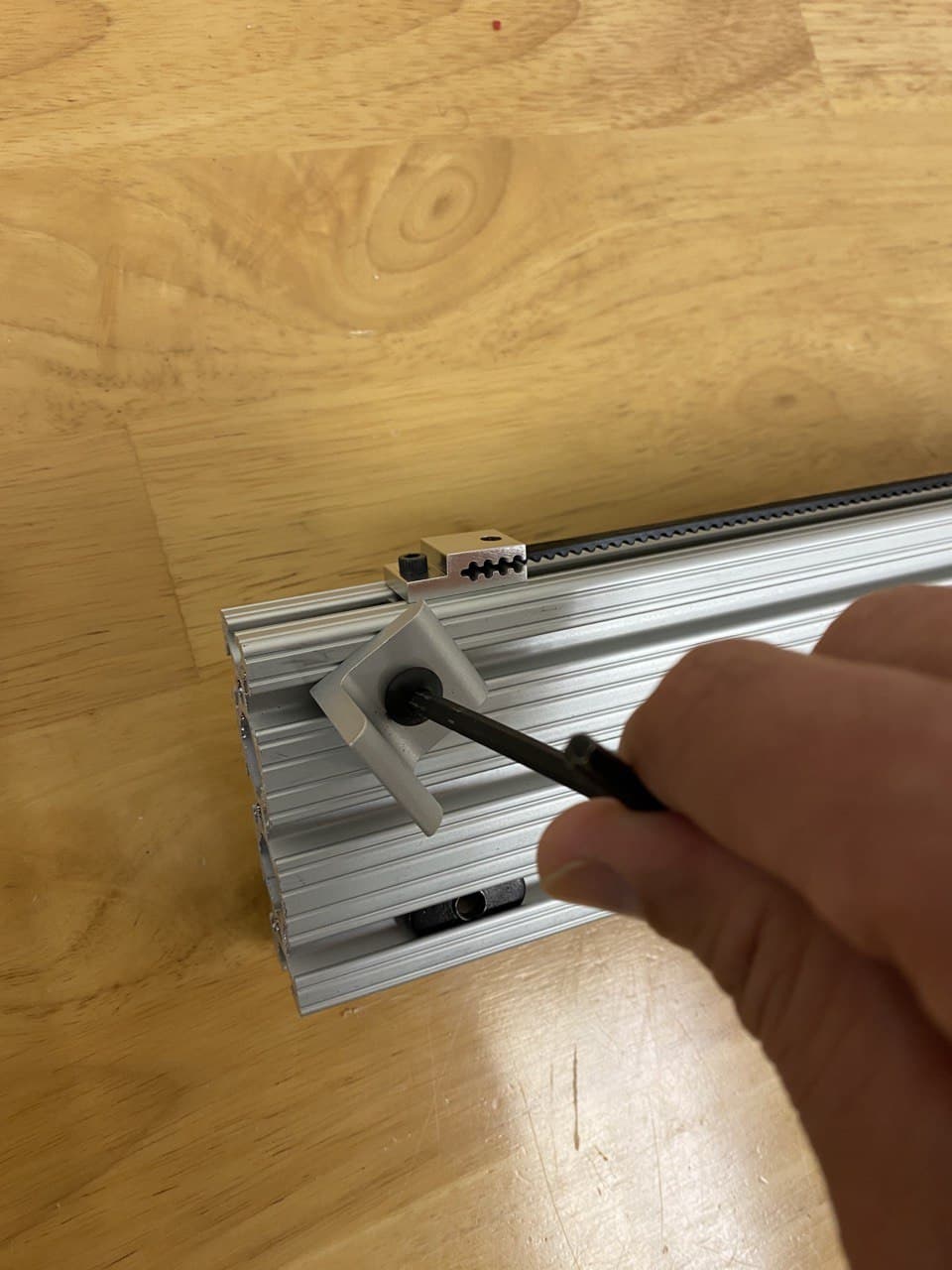 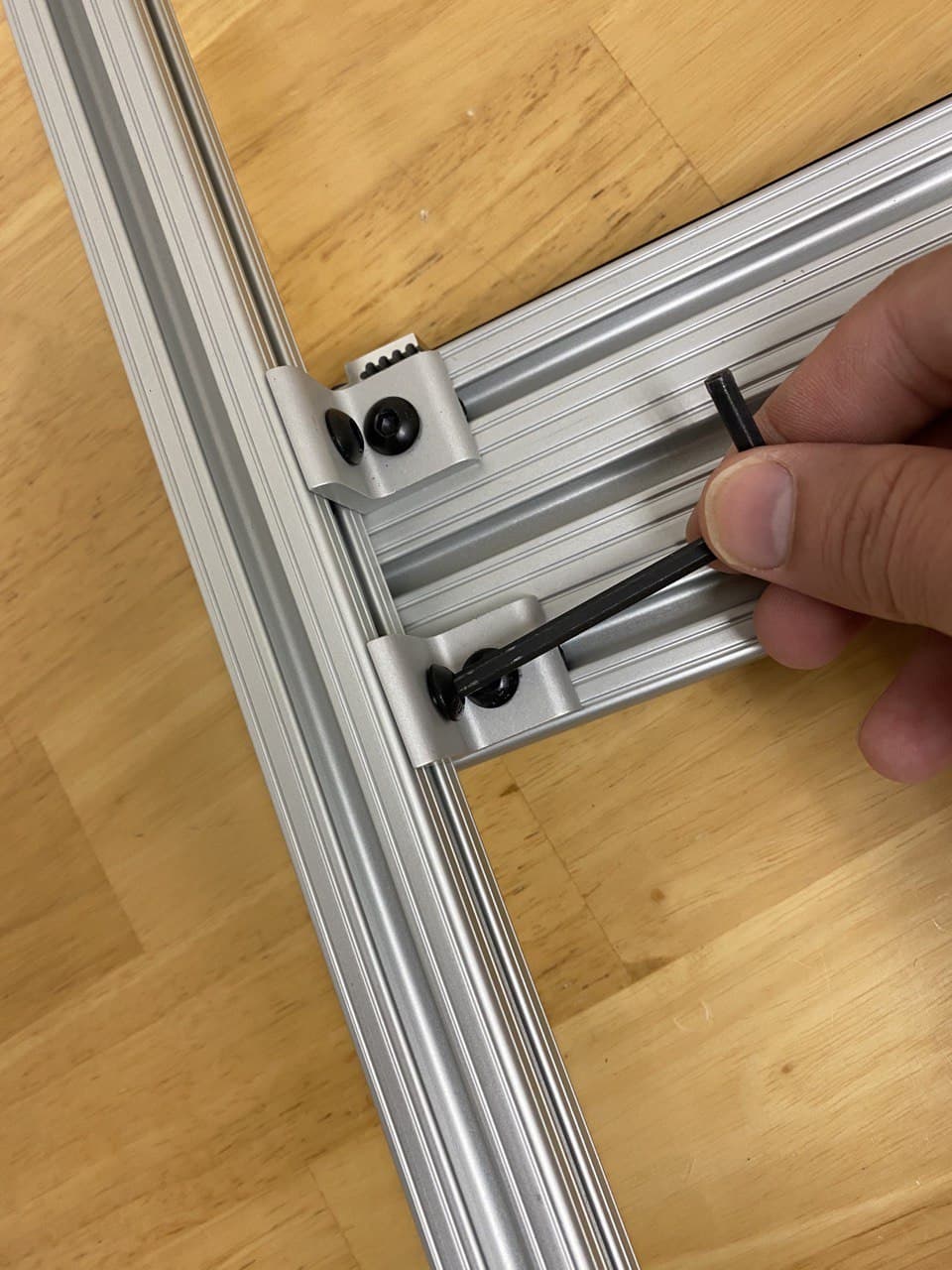 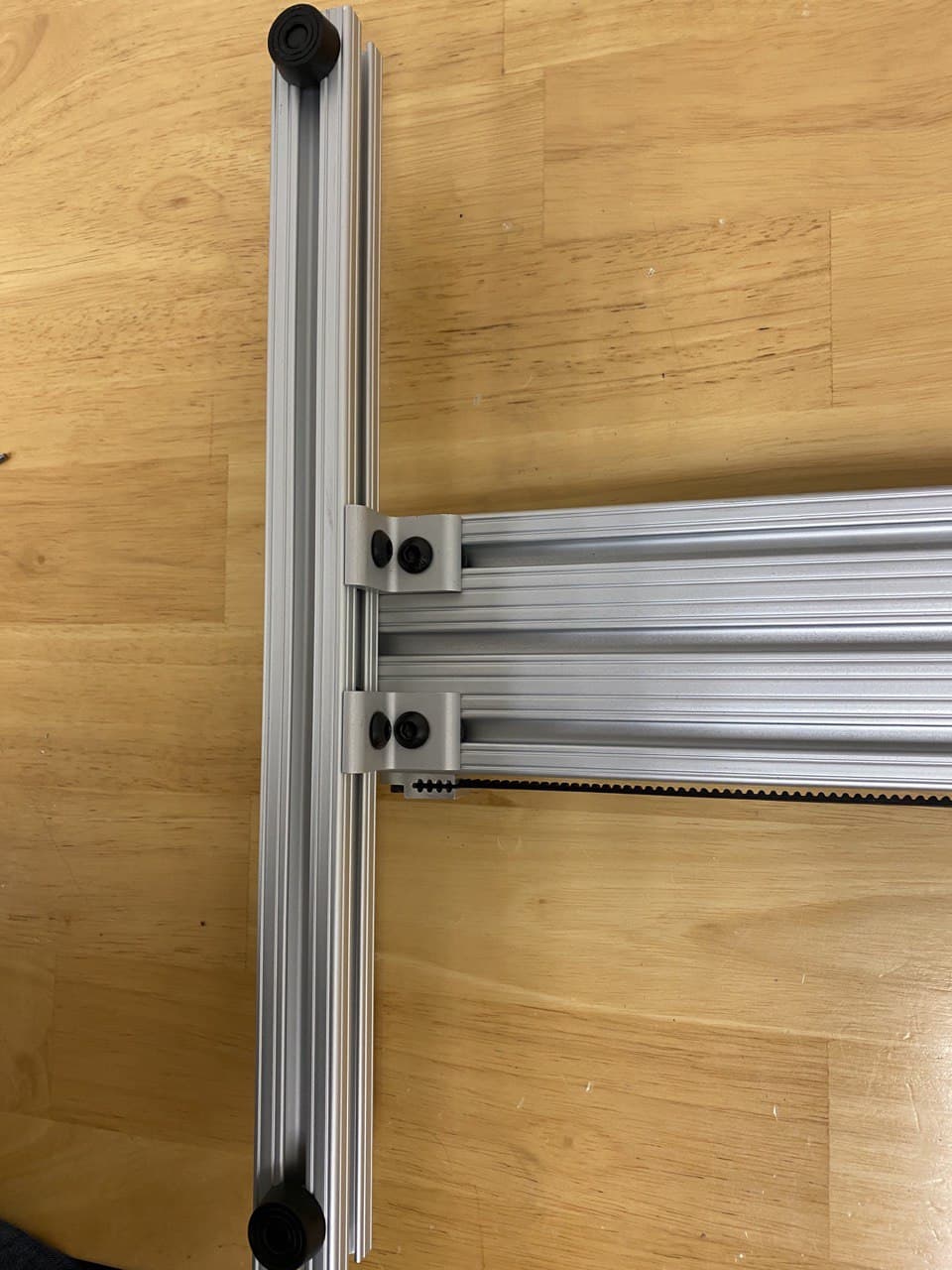 Finally, install the provided end caps at the end of the main profile and the two feet using the plastic fasteners. 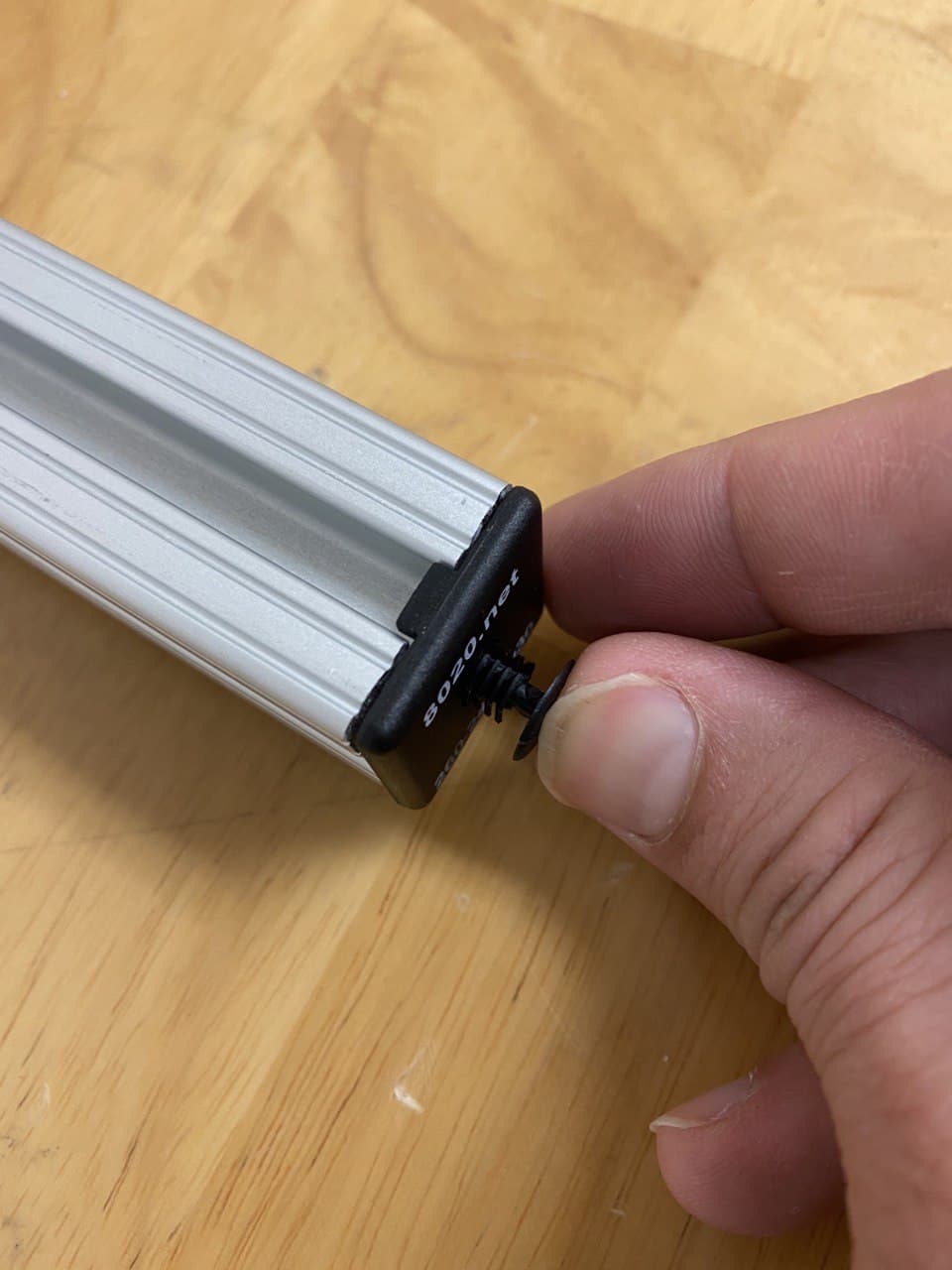 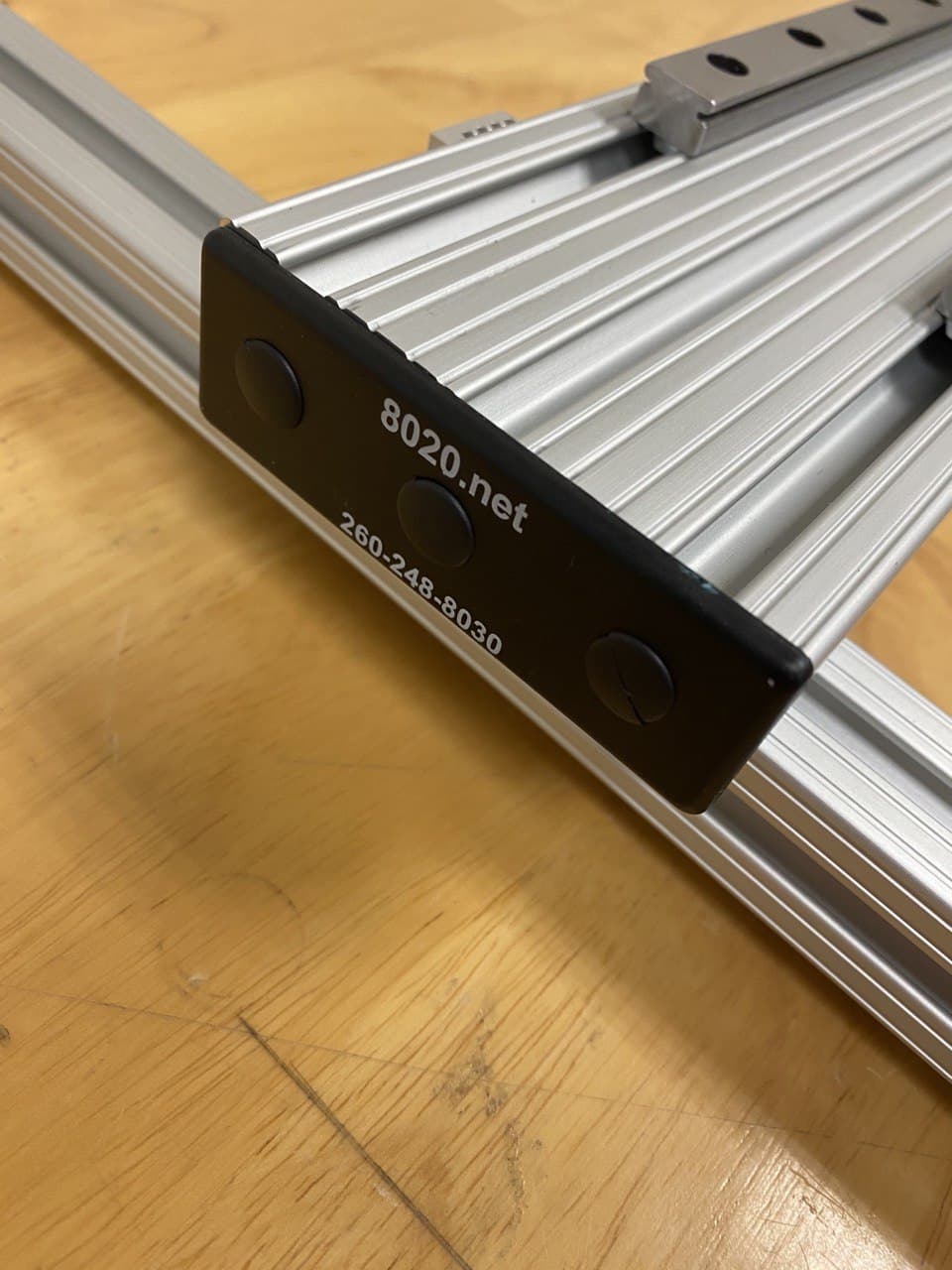 The motor on the carriage has two cables, one is the motor cable, and the other is the encoder cable. 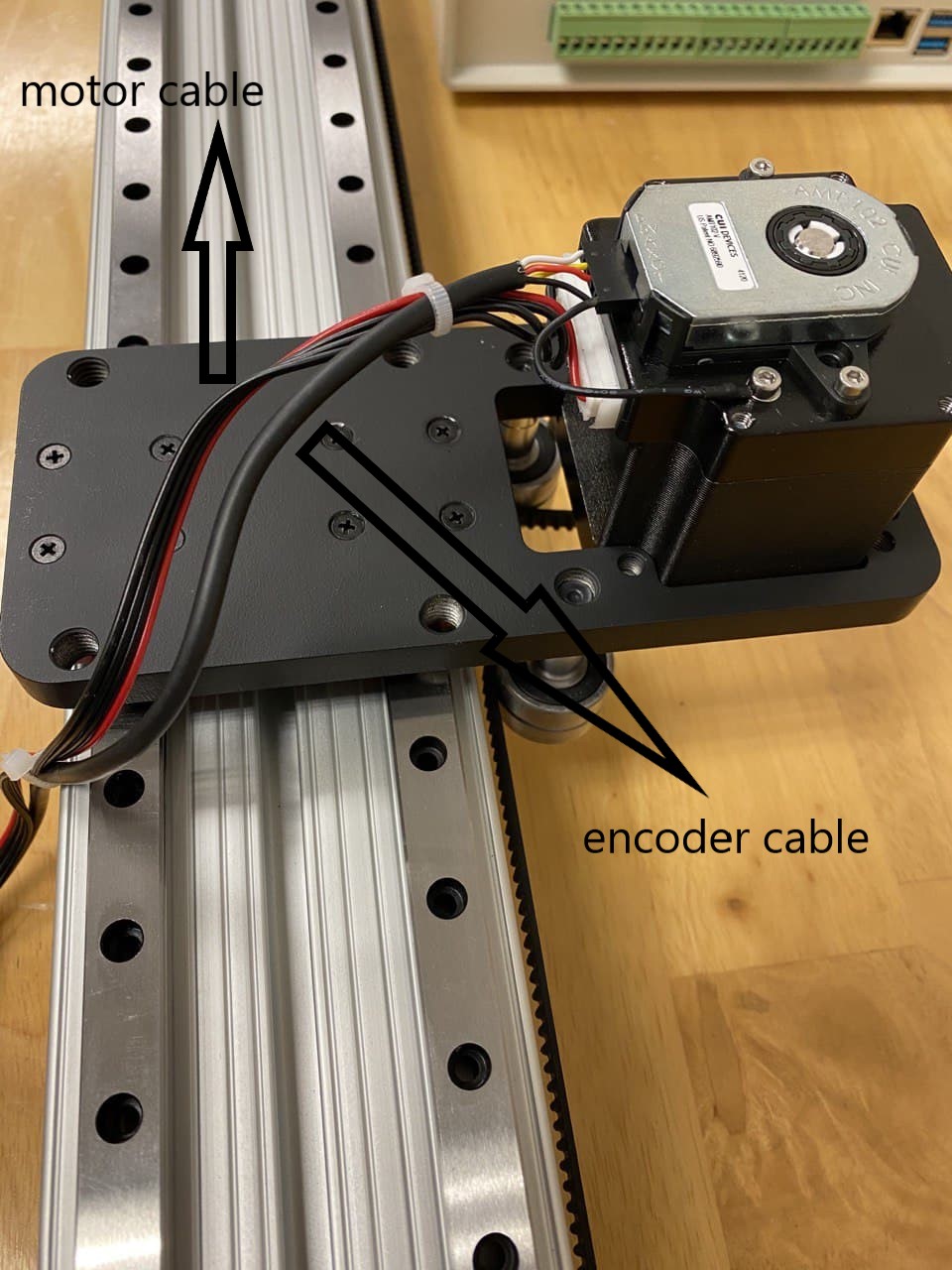 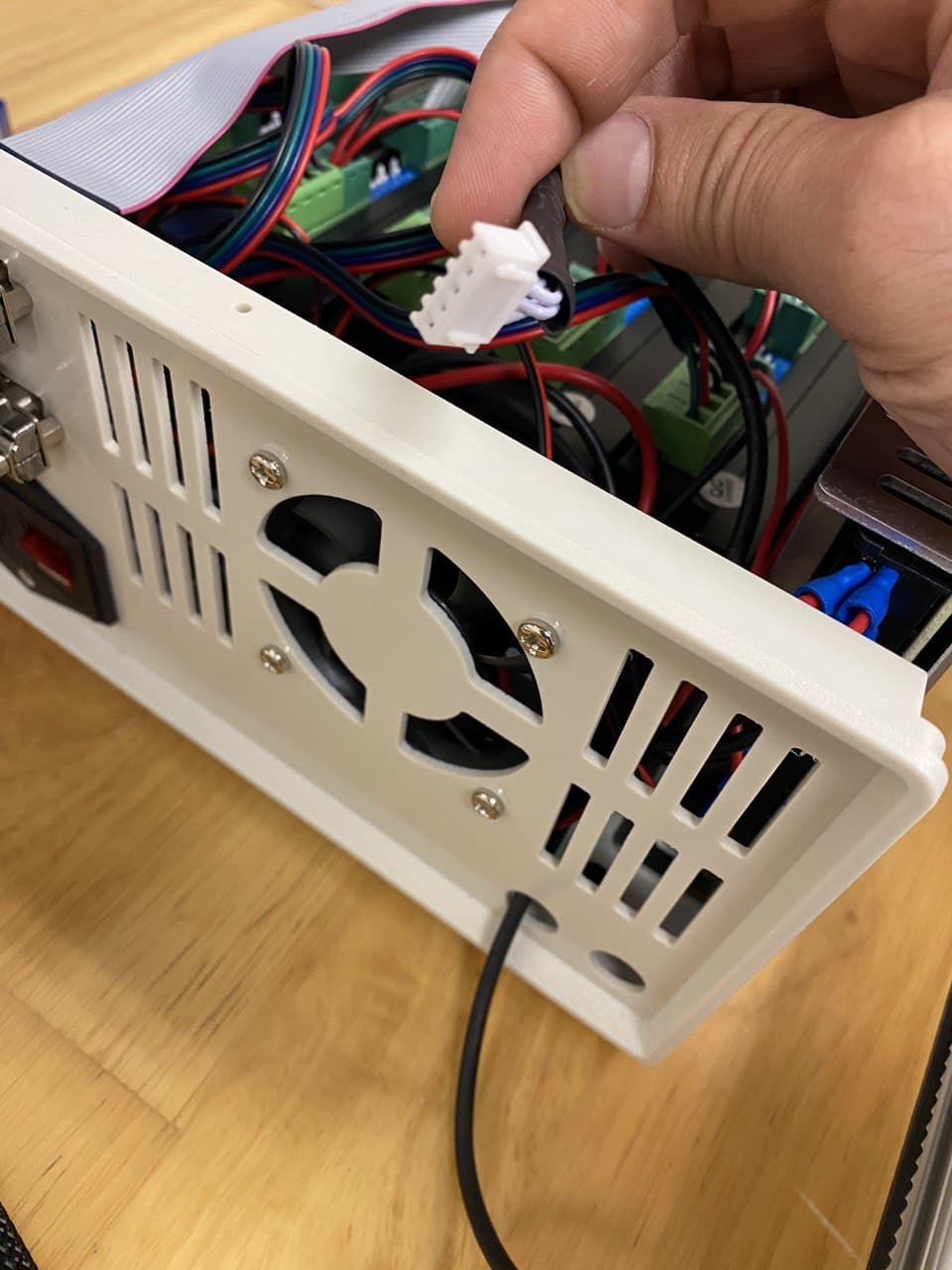 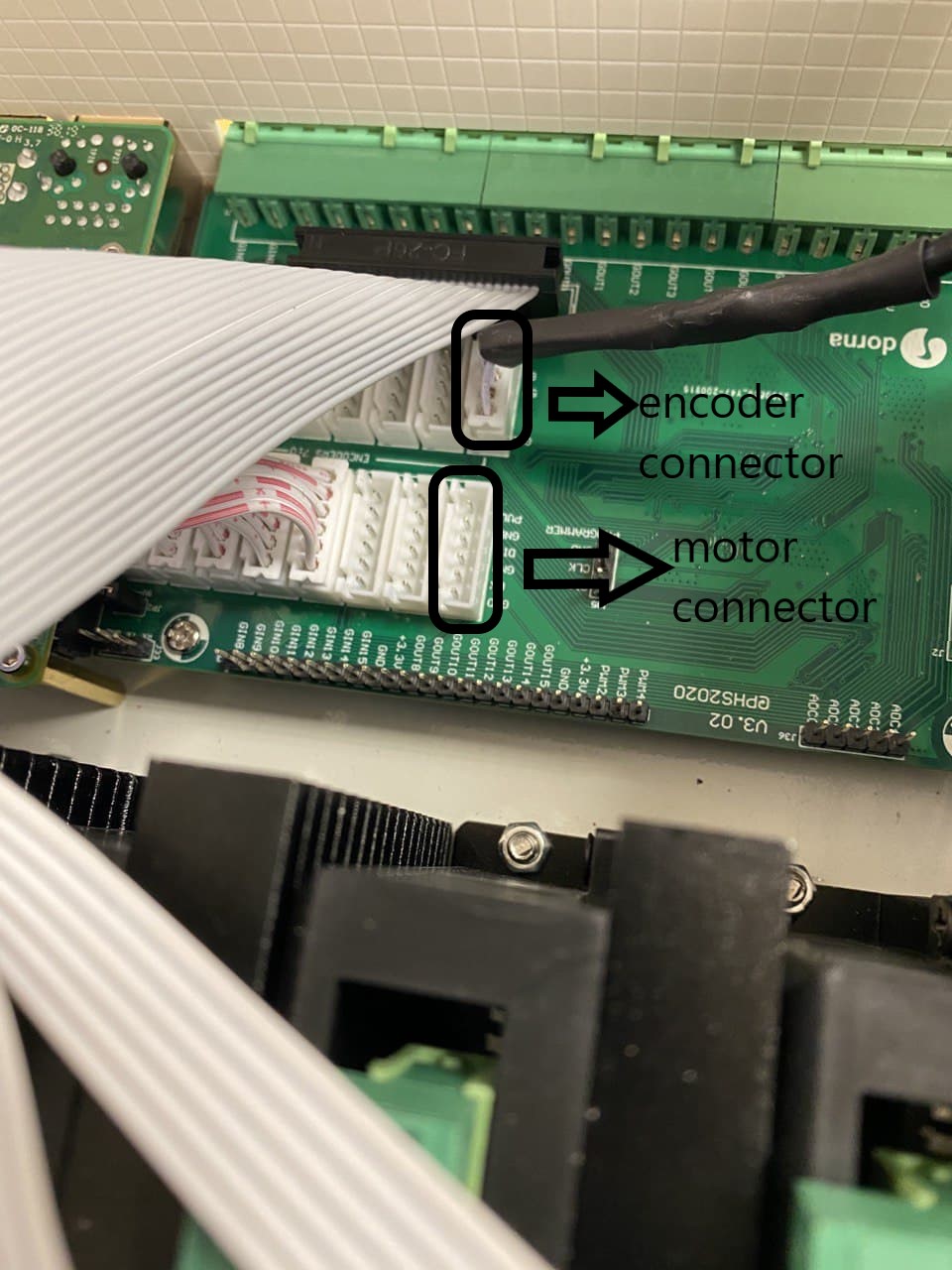 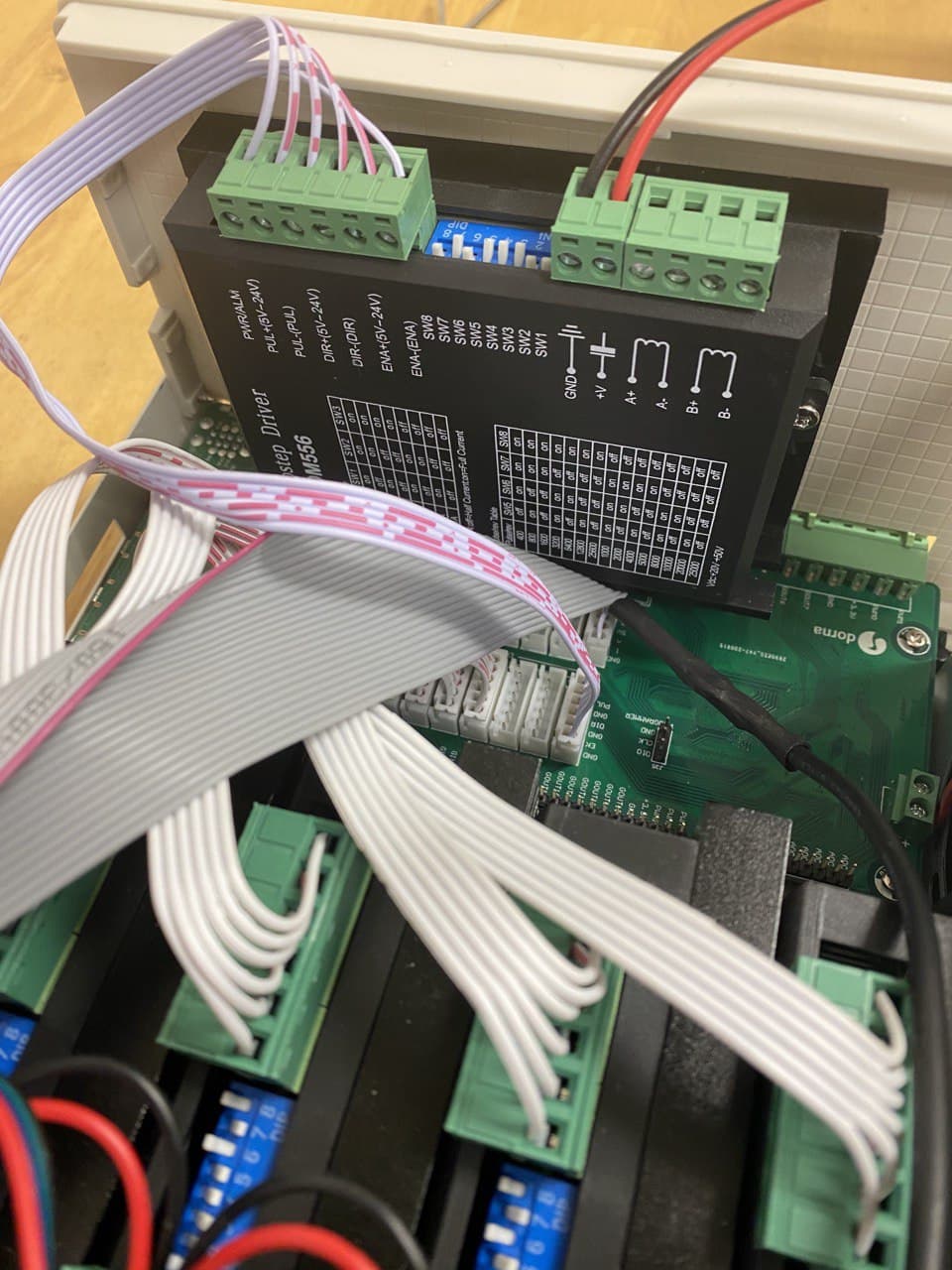 Next, you need to route the motor cable inside the controller box and connect it to the A+, A-, B+, B- connector on the driver. 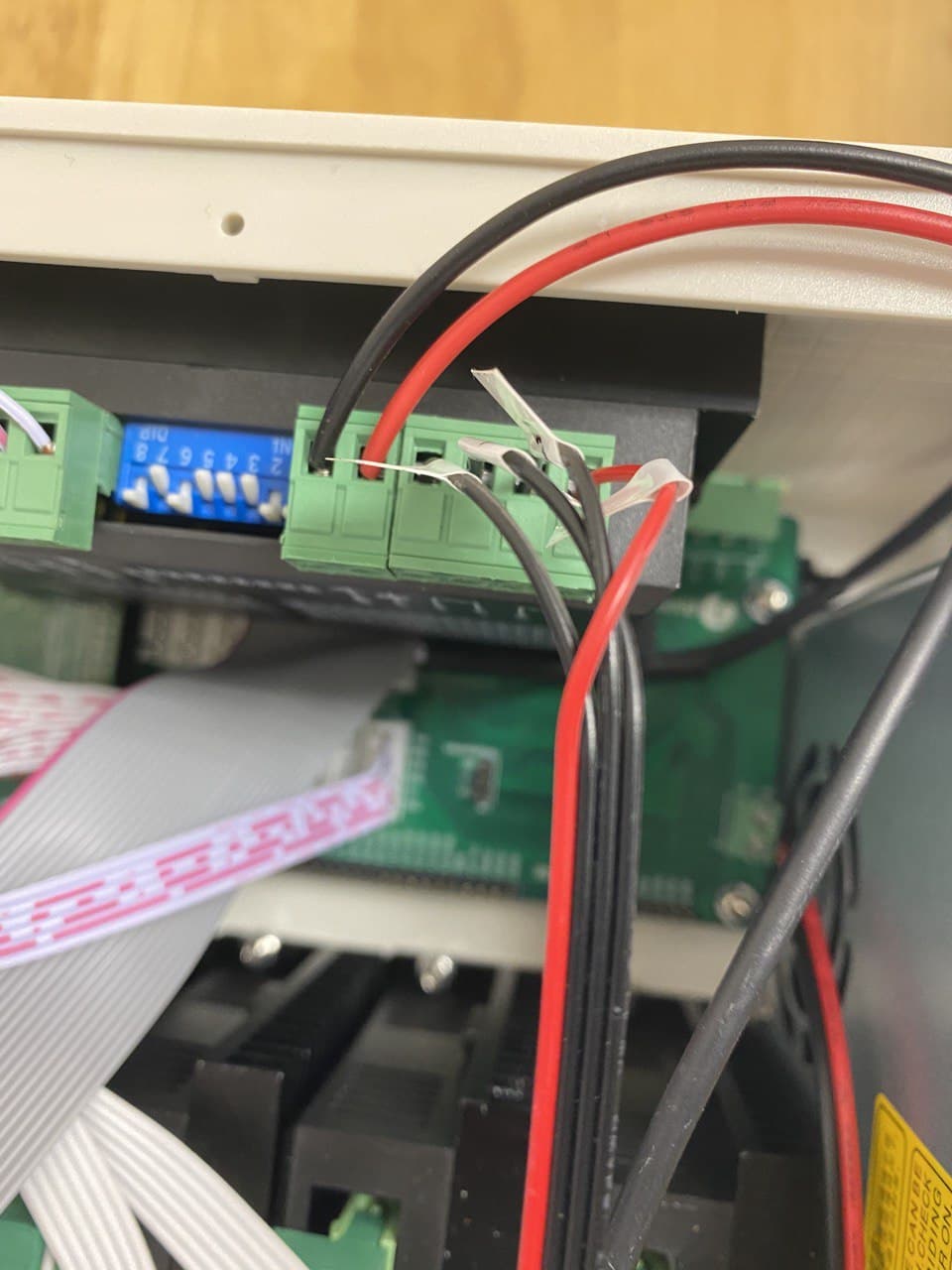 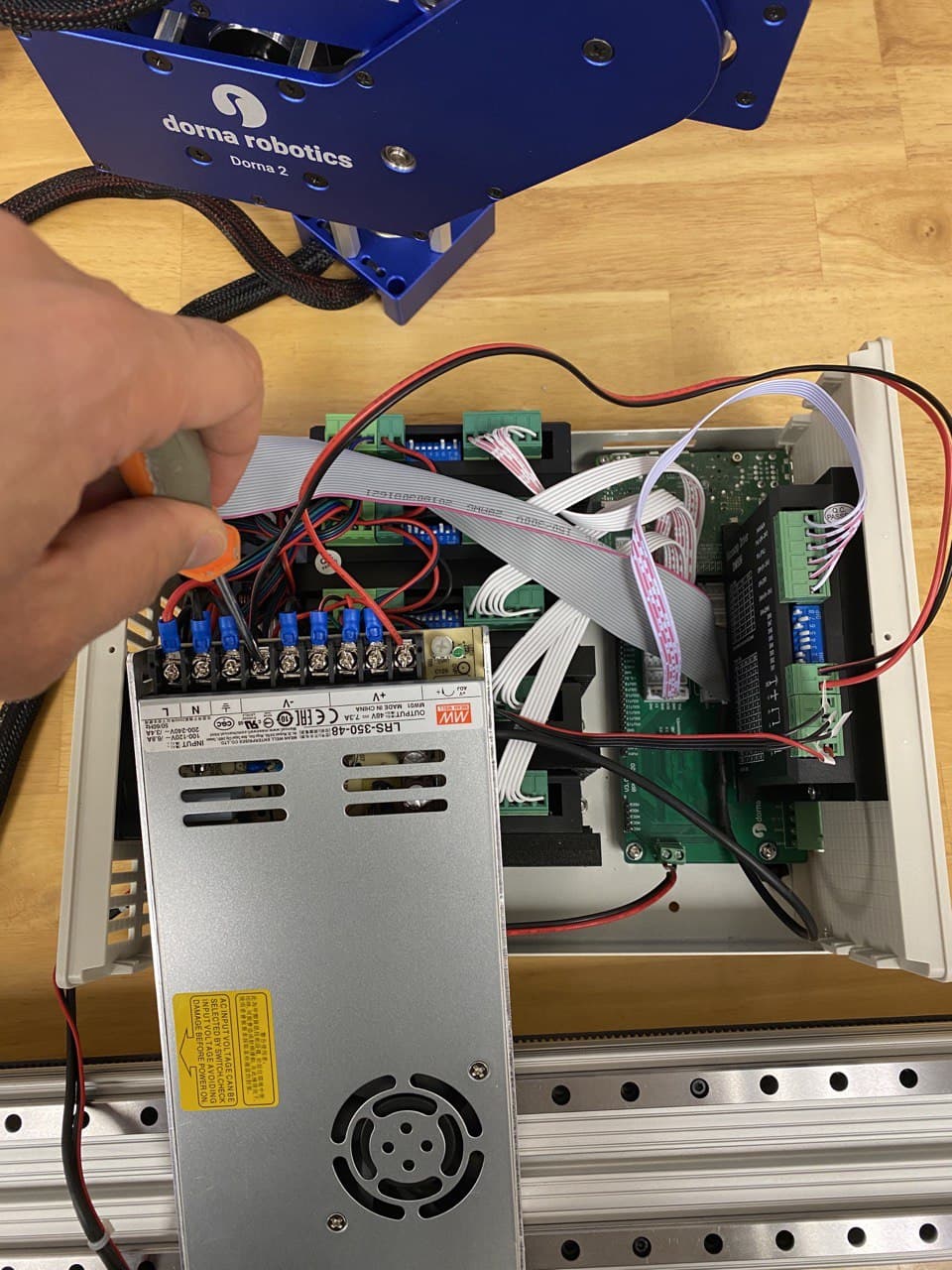 Now that the rail is assembled and wired to the controller box, you can start operating it. You can operate the rail as an auxiliary joint with motion commands, jogging bottons, or set joint commands in Dorna lab or in Python API.

Each unit of joint corrsponding to the rail, is 2.4mm movement of the carriage on the rail.

You can use the right most end of the rail as zero position and set the rail joint to zero while it is at that end. Rail can travel up to about 400 units which corresponds to 960mm. 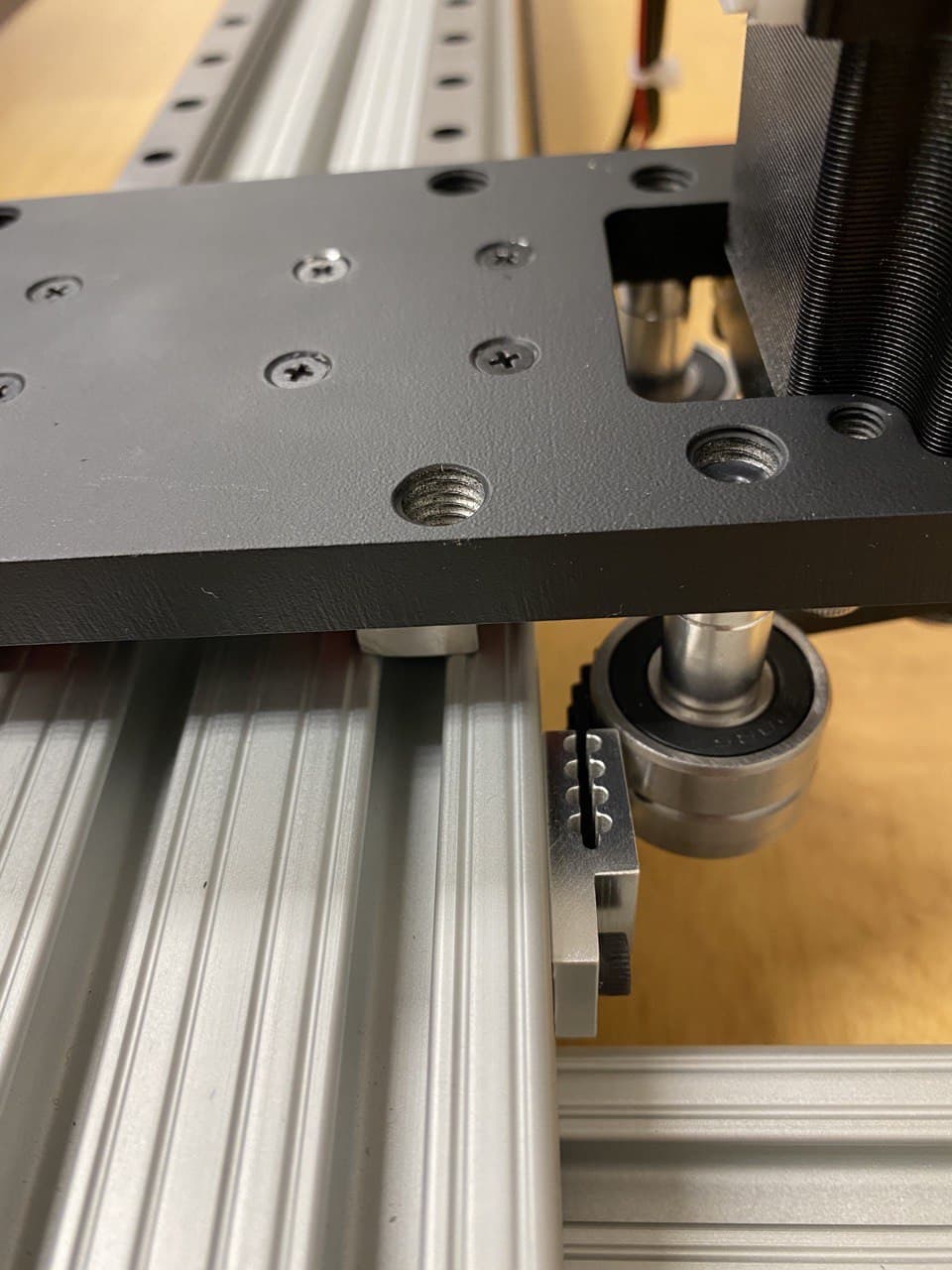 For more information on setting up the rail and programming it, please refer to the auxiliary axes document found here: https://doc.dorna.ai/docs/guides/auxiliary-axes/ .